Puerto Rico, an island paradise located in the northeast Caribbean Sea, is renowned for its pristine beaches and crystal blue waters. It’s an ideal destination to take a break from the daily grind. If you’re a business owner or investor who needs a respite from high U.S. taxes, did you know that Puerto Rico can provide that as well?

Puerto Rico is a U.S. commonwealth and as such abides by the U.S. Constitution. As an independent territory, they enforce their own laws and regulations as long as they don’t conflict with federal laws. Since Puerto Rico is a commonwealth and not a full U.S. state, its citizens have different rights. Persons born in Puerto Rico are indeed citizens of the U.S. but don’t have the right to vote in presidential elections although they can vote in presidential primaries and don’t need a passport to enter or leave mainland U.S.

Although Puerto Rico’s citizens are American citizens, they’re given special tax considerations. They aren’t taxed the same as mainland U.S. citizens. Any income that bona fide Puerto Rico residents earn on the island is exempt from U.S. federal income tax. It is, however, taxed at the local rate which is considerably lower.

The business structures in Puerto Rico are the same as in mainland U.S. Businesses can be structured as sole proprietorships, general partnerships, limited liability corporations, and other corporate forms.  There are enough options available for business owners to reduce liability and take advantage of tax incentives.

Puerto Rico boasts a labor force of 1.1 million highly qualified, educated and bilingual workers — the majority of whom are employed within the service sector.

Puerto Rico faced bond debt in excess of $70 billion and another $49 billion in unfunded pension liabilities. In 2010, the unemployment rate was 17%. Instead of taking the common approach of imposing higher taxes on existing residents, Puerto Rico decided to look outside of its borders.

Act 20 offers a 4% income tax rate, 100% tax exemption on distributions from earnings and profits, and a 90% exemption from personal property taxes to certain types of businesses that relocate to Puerto Rico.

Act 22 offers 100% exemption from income taxes on all dividends, interest, and capital gains to bona fide residents of Puerto Rico.

Act 20 – Act to Promote the Export of Services

Also known as the Export Service Act, Act 20 was enacted as a means of luring successful companies to Puerto Rico by offering tax exemptions and credits. To qualify for the tax benefits, companies must be engaged in eligible activities in Puerto Rico. It basically goes like this:

It sounds simple enough but, of course, there are stipulations for each point.  Let’s take a closer look at each of these points. 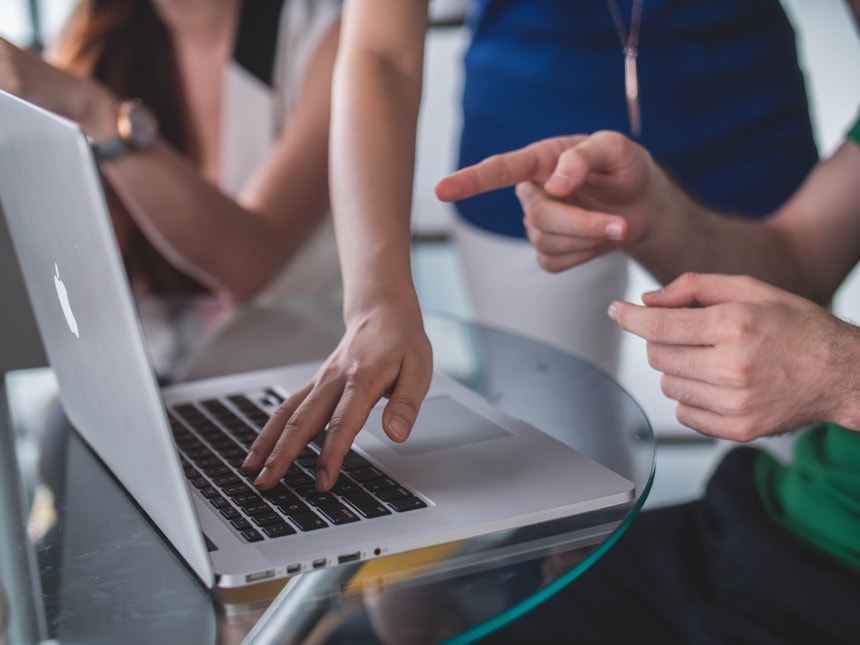 Establish a Company in Puerto Rico

To qualify for the tax break under Act 20, your business must be incorporated in Puerto Rico. If you already have a U.S. based company, you can do a tax-free reorganization of your existing company into a Puerto Rican corporation.

Only service-based companies can qualify for Act 20 incentives and the services must be provided from Puerto Rico to outside markets. Below is a sampling of the types of service-based businesses that would be eligible.

The service must clearly be provided from Puerto Rico. For this reason, there are certain types of businesses that won’t qualify because it’s not easy to determine where the service is actually being provided from.  SaaS, affiliate marketing, and dropshipping companies fall into this category.

One of the reasons that Act 20 was established was to address the high unemployment rate in Puerto Rico. So, it stands to reason that hiring Puerto Rican workers would be a requirement for receiving tax benefits under the act. The five employee requirement was recently eliminated and in some cases, you can meet this requirement by hiring only one employee.

If you operate an online business (many of which are highly portable), relocating to Puerto Rico will be relatively easy. In terms of establishing an office, you can actually work from home and the employee can also work from home. The employee, however, can’t be classified as an independent contractor and must be classified as an employee with full social security benefits and payroll taxes withheld. The employee must provide a real service to your company. In the event of an audit by Puerto Rico’s government, you may be required to show the work that the employee is performing.

If the above qualifications are met, companies must submit an application to the Office of Industrial Tax Exemption of Puerto Rico to obtain a tax exemption decree. The decree outlines the conditions mandated by Act 20 and is essentially a contract between the company and the government of Puerto Rico. It has a term of 20 years and can be extended for an additional 10 years. During the active term, companies are entitled to all tax benefits stated in the decree as long as they continue to meet all other qualifications and there are no changes in the applicable tax laws.

The 4% tax can only be applied to business income that’s generated within Puerto Rico. If you continue to live and operate your business in the U.S., you’re technically operating a U.S. business for tax purposes even though you set up a Puerto Rican corporation. Your company would then be subject to a higher U.S. tax rate on the portion of income earned outside of Puerto Rico.

If you can keep all income earned within Puerto Rico, you could actually enjoy a greater tax break. As long as you meet all other requirements, the tax rate could be reduced to as low as 3% if you provide services that are considered to be strategic to Puerto Rico.

In addition to the low corporate tax rate, you’ll enjoy 100% tax exemption on distributions from earnings and profits, 100% exemption from personal and real property taxes for the first five years for certain types of businesses with a 90% exemption thereafter. 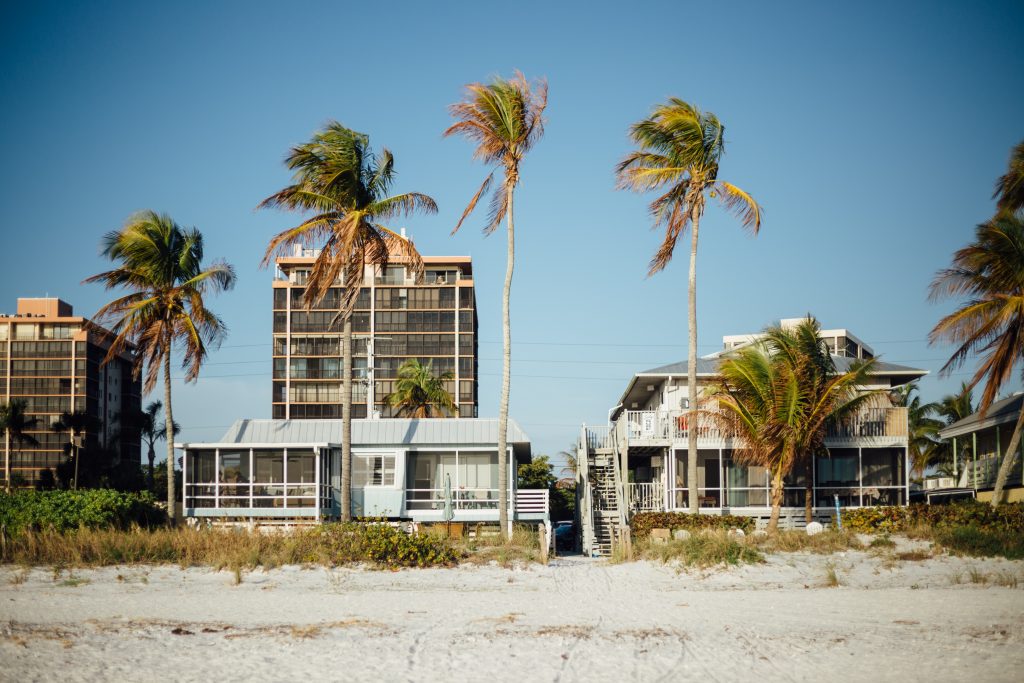 Before the introduction of the Global Intangible Low-Taxed Income tax law (GILTI), companies could qualify for the 4% corporate tax rate as a Puerto Rico non-resident. The main stipulation of GILTI is that the company’s majority owner be a bona fide resident of Puerto Rico to enjoy the 4% rate. If the majority owner does not become a bona fide resident of Puerto Rico, he/she will be subject to the minimum tax rate that’s imposed on U.S. corporations that own Controlled Foreign Companies (CFCs).

You, as the majority owner of a Puerto Rican company, can enjoy the full tax benefits offered by Act 20 if you’re willing to make Puerto Rico your main country of residence. To prove to the Puerto Rican government that Puerto Rico is your main home, you must spend at least 183 days in Puerto Rico every year and your center of life must be moved there.

The other 182 days of the year can be spent anywhere else in the world but you must always come back to Puerto Rico. Puerto Rico must be the center of your operations. If you have homes outside of Puerto Rico, you must prove that your home in Puerto Rico is more significant than the others. To be on the safe side, it’s best not to spend the entire 182 days in one other place because it will appear that that place is as significant to your life as Puerto Rico. Since you made the commitment to uproot your life and family for the substantial tax break, don’t jeopardize it.

In order to convince the Puerto Rican government that the center of your life is in Puerto Rico, you must prove that:

Act 22 was enacted with the goal of encouraging high-net-worth individuals to immigrate to Puerto Rico and invest in the local economy. To fuel the interest of these investors, Act 22 offers total exemption from Puerto Rican income taxes on all passive income earned during the investors’ bona fide residency in Puerto Rico. This means that the investors would pay 0% tax on dividend and interest income and short-and-long term capital gains. They would also be exempt from paying federal taxes on Puerto Rico-sourced income.

To qualify for the tax benefits offered by Act 22, investors must become bona fide residents of Puerto Rico by:

Some other caveats apply to this tax exemption.  Only capital gains earned after your move to Puerto Rico are exempt.  Also, if you buy and sell real estate outside of Puerto Rico that does not count toward your Act 22 decree.  Your typical Act 22 investor will invest in crypto, stocks/securities, and PR real estate.  The real estate market in Puerto Rico has seen a boom in recent years due to the wave of businessmen and investors moving from the mainland.  Areas such as Dorado and San Juan have seen 30-50% increases.  It is not uncommon to see investors holding multiple investment properties on the island.  Additionally, turnkey properties in Puerto Rico have become incredibly popular due to the high cashflow from vacation rental income and sky-high appreciation.

On paper, Acts 20 and 22 seem to promise an almost-utopian environment for the tax-weary. Just move your business and your life to Puerto Rico and you’ll not only get to live in a tropical paradise, but save a ton of money to boot. Is it really that simple? What could go wrong?

The potential for fraud. How many people actually move to Puerto Rico and how many pretend that they do? What checks are in place to minimize the number of fraudulent cases? Does the Puerto Rican government actually perform regular audits? If a substantial number of fraud cases is discovered, will this jeopardize the tax programs’ longevity?

Uncle Sam has the last word. As a U.S. commonwealth, Puerto Rico ultimately answers to the U.S. government. As evidenced by the introduction of the GILTI tax law, new U.S. imposed tax reform could affect the level of benefits offered and change the requirements for qualifying.  With GILTI, the U.S. government stepped in, increased the tax rate offered by Act 20 and made bona fide Puerto Rico residency a requirement.

If the U.S.’s excessively high tax rates cause U.S. mainland business owners and investors to flee to Puerto Rico in the first place, would the U.S. really continue to stand by and let its citizens enjoy such a substantial reduction in taxes?  Even with GILTI, the Puerto Rico tax rate is much lower than the U.S. tax rate. Are further rate increases on the horizon? Uncle Sam is notorious for making sure he gets his cut and could simply bring the Puerto Rico tax incentives to a halt.

Dealing with homesickness.  Although many investors and entrepreneurs love the tax savings realized after relocating their businesses and lives to Puerto Rico, their family members may not adjust as well. With friends and extended family back in the U.S., spouses and children are often concerned about their social lives on the island. Adjusting to a new culture and not having access to familiar stores can be challenging as well.

To address this issue, concierge services have become available in Puerto Rico. To help relocating residents make the transition, these services offer assistance in finding homes, grocery stores, doctors, dentists, and schools for their children. They will also organize weekend trips to nearby islands.

Puerto Rico’s Not the Only Game in Town

There are other countries (i.e. Panama, Malaysia, and Singapore) that offer excellent tax benefits and they’re not under U.S. rule. You don’t have to adhere to the strict residency requirements imposed by Acts 20 and 22 and you can spend more time in the U.S. without losing tax benefits. To receive full tax benefits, however, you will have to renounce your U.S. citizenship and relinquish passports. If holding on to your U.S. citizenship and passports is of significant importance to you, then Puerto Rico may be the way to go.

How to start a laundromat. A simple step-by-step guide.

Overt Discrimination: What is it and how do you handle with it?

Where To Find Us
& Our Partners.

With locations in every city, you'll have no problem finding the right loan.